Weird But True Facts About Jen

Coaching helps people go places they never thought they could.

That’s what happened to me and why I’m a coach today!

Born and raised right here in Minnesota, I always had a love of style and studied fashion merchandising. My first retail job was at Dayton’s department store. One day, an older lady noticed my go-getter attitude and remarked, “I don’t know where you got it, but kid, you’ve got moxie!”

Huh, that was my father’s word for me! And when he used it, I never quite knew the meaning.

But now I know it means determined, gutsy, and not afraid to rock the boat.

It’s kind of my secret sauce.

It was the first name I chose for my business when I started in 2007.

Fast forward ten years later working at the Duluth Area Chamber of Commerce and my courage and risk-taking started to feel stretched thin. I said “yes” to everything until overwhelm completely took over. I went from high-achiever to feeling like I couldn’t accomplish anything well! With a little hope, and if I am honest, a pinch of skepticism, I used my allotted personal development dollars to hire a coach.

Turned out to be one of the best decisions of my life.
I began blowing my work goals out of the water and breaking through the invisible ceiling that had been holding me back. I accomplished other BIG goals that I didn’t even know I wanted…like losing thirty pounds and building new friendships. I said goodbye to that feeling of overwhelm!

With a renewed sense of intention, I led a nationally award-winning campaign that took chamber membership to an all-time high.

Suddenly, the world opened up with possibilities, including entrepreneurship. I trained as a life coach myself and launched my practice in 2007, with a focus on helping entrepreneurs get profitable and get a life.

In 2012, I was asked to give a demonstration of “what coaching looks like” at a live conference of 200 top senior leaders. It turned out to be the start of my “hot seat coaching” idea, as I coached an executive on stage.

Over the next three years, I led the training of 70 leaders to improve leader development by integrating coaching skills. In the process, I discovered how important practicing better leadership is for those responsible for developing the potential of the team. The skills that got people into their position of leadership isn’t what keeps them there.

From that inspiration, I developed and launched the wildly successful LeadWell Academy in 2015, which features live mentoring. It’s received stellar reviews from the participants who have gone on to achieve measurable results in their lives and businesses.

Now, I’m enjoying life as a successful 20/hr a week entrepreneur and coaching leaders to become more accomplished, happy humans inside of LeadWell Academy which features the top trend, boss-as-coach leadership development and has a practice component.

It was coaching that helped me master priority and time management so I could work fewer hours but still increase company revenue, play tennis and spend more intentional time with my family and friends.

My life’s mission is to take risks, practice contentment and learn & love everyday.

Here at work our mission is to make leading easier, effective and efficient.

And FUN! Let’s not forget the fun. 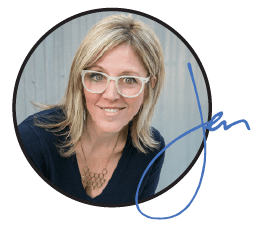 Ready for leading to be a little more sunshine and roses?

Ok, there will still be tough days in leadership.
But we make leading easier, more effective and efficient.
Join our LeadWell email community and we’ll show you how.